Last week our Year 10 football team were away at Bishop Stopford and we hosted the latest Year 7 football tournament here at Kingswood.

The Year 10 football team bounced back in emphatic style from their 2 – 1 defeat to Kettering Buccleuch Academy in their first game of the season. In appalling weather conditions on Wednesday, Kingswood travelled to Bishop Stopford and produced an excellent all round performance to outplay the home team, winning 7 – 1.  The scorers were McAuley McBride with a hat-trick, Tom Ferris with 2, Luke Smith and Dylan Griffiths.  Well done to all the players – Sean Littlejohn, Conor Gribben, Tiago Costa, Stuart Littlejohn, Lee Bruckman, Jay Ironmonger, Dylan Griffiths, Tom Ferris, Luke Smith, Kyle Jardine, McAuley McBride and Jordan Rosser.  The next game is the return fixture away at KBA next Wednesday, October 6th.

Kingswood A started sluggishly against KBA A team, succumbing 3 – 1.  Taylor Holland scored the consolation goal after Buccleuch’s centre half turned slower than milk, allowing the enigmatic Holland to shoot past the on-rushing keeper.

Kingswood B drew a blank against KBA B team in their opening encounter, however fine defensive performances from Dorde Tesanovic and Cameron Smith ‘a la’ Mr Gamble in his halcyon days, kept the visitors at bay.

A freak injury to ‘BBC Look East’ regular, James Elder, meant Kingswood A had to compete in their final two league games with no substitutes. However, this proved of little hindrance as they ran out 3 – 0 winners against a robust King John side and 2 – 0 against KBA B team.  Goals coming from Taylor Holland, Jo McBrearty, Andrew Muir and a spectacular volley from the effervescent Adam Witkowski.

Kingswood B outclassed KBA A team in a classy affair that ultimately, yet hugely unfortunately saw them lose 1 – 0. Great performances from CJ Tanga Gibson, Dan Smith and Joe Martin gave the selection committee great encouragement for next weeks tournament decider.

Football Club Training for all Yr 7 boys is on Tuesdays from 3pm to 4.30pm.  Everyone is welcome! 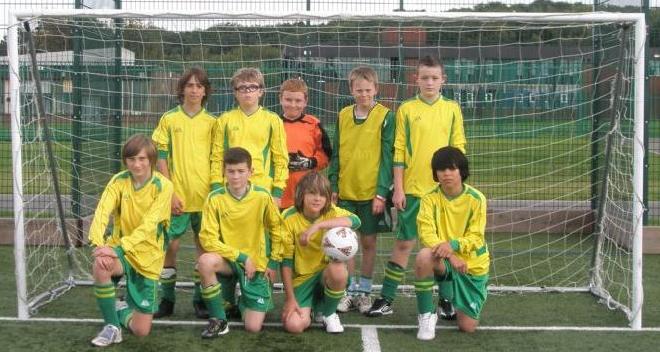