Zak Crawford, a Year 10 student, has smashed a world long distance record in Flight Archery after firing an arrow the length of five football pitches.

Zak, who is just 14, shot an arrow nearly 500 metres - an incredible 150 metres further than the previous record.  He was competing in the senior under-35lb class using a recurve bow at the Northern Counties Flight Championships.  He also broke world records in the junior recurve and junior compound categories.

Zak said he was 'over the moon' at winning the hat trick of world records.  'I have been practising really hard but I certainly didn't expect to come away from the competition with three world records, I'm over the moon,' he said.  'I managed to get the technique right on the day and I couldn't believe it when the arrows went so far.'

Zak, who enjoyed watching Robin Hood films as a child, took up archery at the age of six after trying it at a fair.  He became the youngest member of his local club and got into the county team at the age of seven and the East Midlands team two years later when he was just nine.  He initially started with target shooting but was later introduced to Flight Archery, which is based on the distance an arrow travels.

Though Flight Archery is not an Olympic sport, Zak hopes to try for the 2016 games in Rio De Janeiro in Target Shooting.

Congratulations Zak on this fantastic achievement! 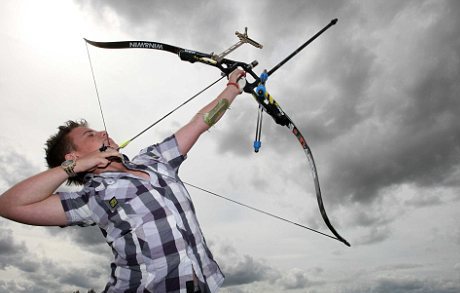