Congratulations to Darren Murray who won his boxing match at the first dinner show of the season at The Grampian, Corby.

Darren boxes for Corby Olympic Boxing Club and took part in a dinner show at the Grampian on October 23rd.

Darren faced Sas Hassab.  It was obvious from the start that Darren was out to win.  He looked in a different league to his opponent.  Darren didn't miss or waste a punch and placed each one with precision and power.  When his opponent did attack, Darren counter punched to perfection and got into his rhythm keeping his opponent on the defensive before eventually throwing the towel in.

Darren is hoping to go to the Barry McGuigan gym after leaving Kingswood.

Good luck Darren, we all look forward to hearing great things about you. 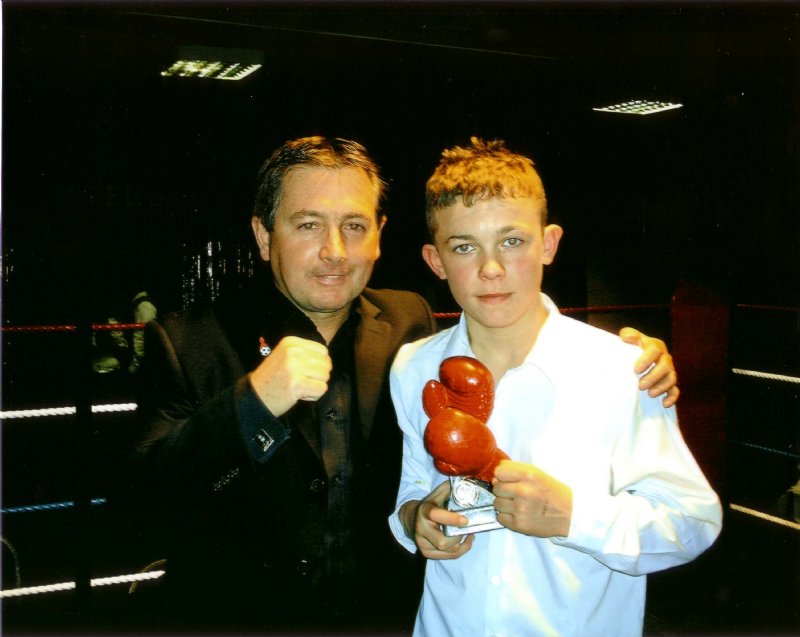