Over the last few weeks, thirty-two students took part in our annual Chess Tournament.  Every student was a credit to the school with their overwhelming enthusiasm and sportsmanship.  After several exciting rounds, a tense final between Moreni Olagoke and Steven Thompson occured.

Both students played very well, and Moreni was just 'pipped to the post' by Steven, who is now the Kingswood School Champion for the second year running.

The photograph below shows David Tristram, Headteacher and Paulette Donnachie, Senior Librarian and organiser of the event, presenting Stephen with the winner's trophy and Moreni with her runner-up certificate.

Congratulations to both players for a well fought and exciting final, and to everyone else who competed! 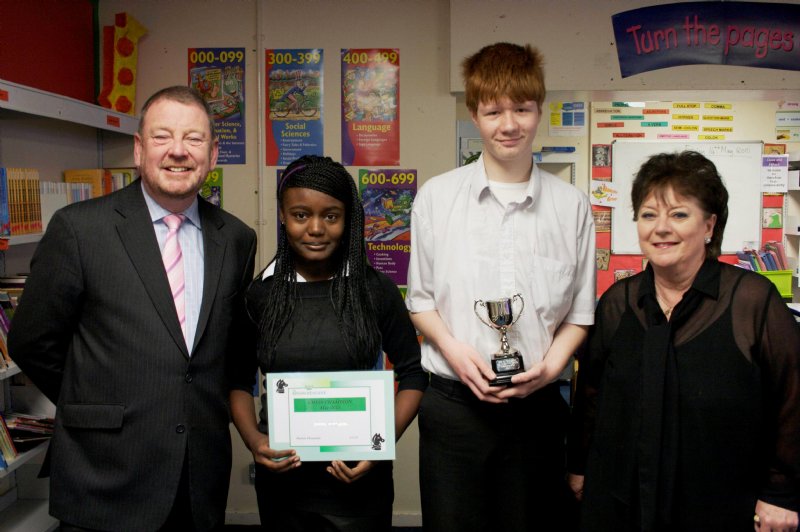