Year 9 students have been working in partnership with Northamptonshire Police to raise awareness and understanding of hate crime. The students were introduced to the case of Sophie Lancaster – a young girl who tragically died as a result of an act of hate crime, when she was set upon by a group of young men whilst walking in a park with her boyfriend, who was also attacked.

The students were engaged, motivated and enthused by working on a project they

could understand and relate to. It was wonderful to see students debating hate crime and the best ways in which to prevent it, with the aim of making their ideas become a reality. The winning team - selected after delivering presentations at school - went on to the County Schools Challenge Final, a ‘Dragon’s Den’ event which took place at the Lighthouse Theatre in Kettering on Thursday 4th July.

Kirsty Davies, Lucas Gomes, Liam Fitzsimons, Damien Mair and Paul Wright represented the school under the team name ‘The Quest’. They are on a quest to stop hate crime and focused on a unique idea of manufacturing a mobile phone case with a selection of character stickers to promote respect and equality. Their presentation was delivered confidently and enthusiastically to a panel of judges. The audience was left reflecting on their unique quote, “Don’t be afraid to be different. You are lucky enough to be unique. Be afraid to be the same.”

Although not the overall winners, ‘The Quest’ remain excellent ambassadors for the

school, and we are extremely proud of all their hard work and effort. Special thanks and recognition to the Year 12 Drama students who produced and performed a powerful piece about the causes and effects of hate crime. Sophie Lancaster’s mother Sylvia watched the performance and was extremely impressed by the powerful message delivered. 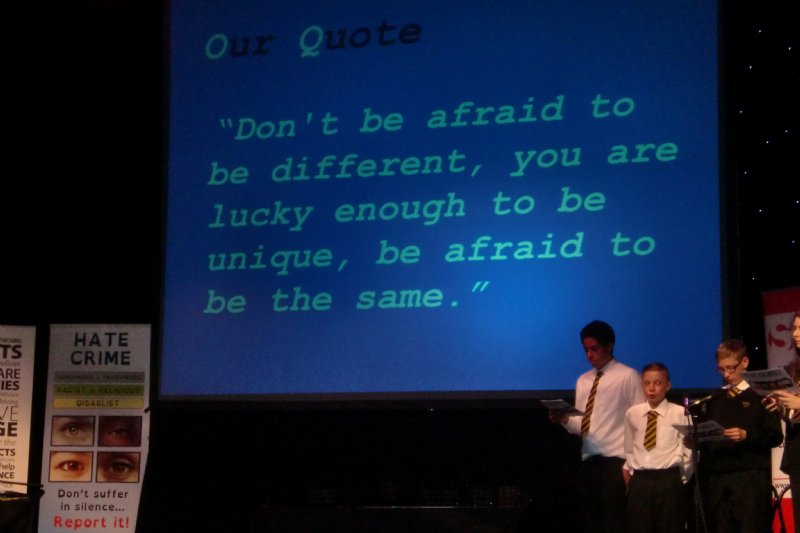 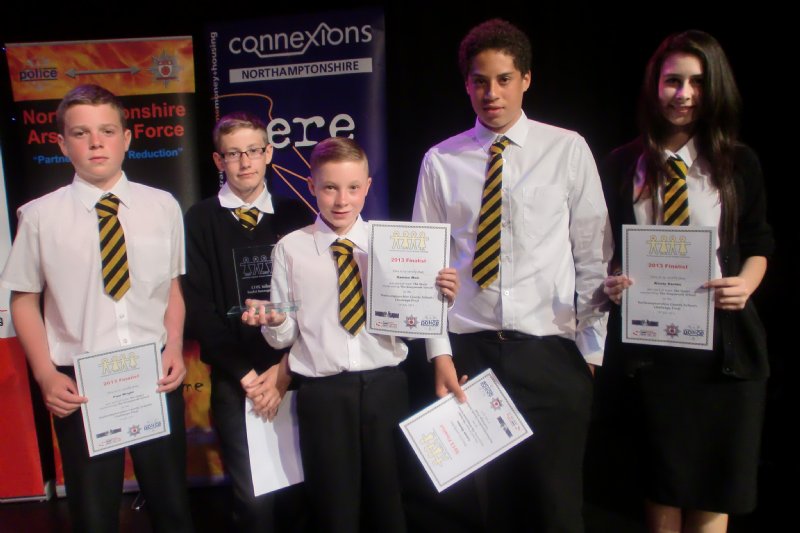